Second Indian Premier League (IPL) auction for 43 players will be held at the Hermitage Hall of the Fort Aguada resort in Goa on February 26th. Michael Clarke of Australia withdrew from the auction as he failed to find any takers for his $1 million price tag. He escaped from embarrassment. No Pakistan player will play in IPL 2009. IPL 2009 will be held in April-May, 2009. 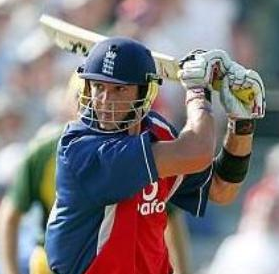 1. Each franchise has an option of purchasing any number of uncapped new players by a direct agreement.

2. Each franchise will have a sum of $2m to spend on player fees in 2009 for cricketers acquired either in the auction, through signing uncapped new players or re-signing any 2008 temporary replacements.

3. Squads will not be allowed temporary replacements from 2009 to cover partial unavailability of a player during the season.

1. Kevin Pietersen (England): $1.35 million price tag. Bangalore is trying hard for this man. I don’t see any reason in paying such a steep price in spite of his credentials.

2. Andrew Flintoff (England): $0.95 million price tag. In my view, he adds more value to team than Pietersen. Chennai, Mumbai and Mohali are rumoured to have shown interest on this all-rounder.

3. JP Duminy (South Africa): Underdog of the auction. Franchisees should concentrate on players like him.

4. Shaun Tait (Australia): Teams like Delhi and Kolkata need him as they missed the bowling services of Pakistan players.

5. Owais Shah, Ravi Bopara and Luke Wright (England): Good Twenty20 batsmen with vast experience in this format. Owais Shah has proved his abilities in the last one day series in India.

There will be no mad hysteria in this round of auction as many franchisees have learnt the tricks of the trade.