You are here: Home / IPL Cricket News / Harbhajan Banned for 5 One days only

Harbhajan Banned for 5 One days only

Harbhajan Singh slapped Mohali pace bowler Sreesanth after the post match handshake. According to unofficial reports, Harbhajan was provoked by Sreesanth throughout the match and controversial spinner unable to restrain his emotions. BCCI appointed one-man Nanavati commission to conduct enquiry on the “Slapgate” episode and didn’t recommend any punishment in his 14-page report. 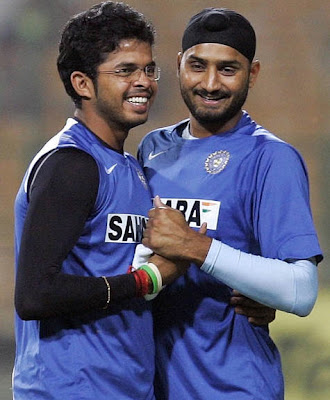 BCCI president warned him that if he repeats his mistake, he will be banned for life time. Harbhajan already lost 3 crore rupees due to IPL ban and he was charged with ICC level-4 offence. Australian captain Ricky Ponting asked for life ban while his nemesis Rajasthan Royals captain Shane Warne came in support of Harbhajan and requested BCCI not to punish him for life time.