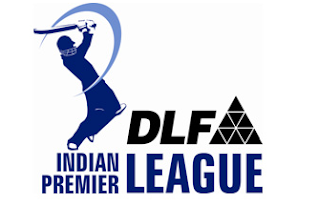 Winner of the award will get Rs 10 lakh along with a trophy which will be sponsored by DLF.

IPL Cricket tournament will be played in 8 Indian cities from April 18 onwards. There will be total of 59 twenty20 matches over 44 days among eight city teams.

Who are favourites to become DLF player of IPL:

In my opinion, All-rounders are hot favourites to pick player of IPL tournament.

1. Chris Gayle: He is a wonderful batsman and useful bowler on Indian pitches. He has incredible record in India in the one day matches.

2. Australian players are ruled out as they will play for 2 weeks only.
3. Sanath Jayasuriya: Old war horse will be at his best as a opening batsman and spinner on the suitable pitches.
4. Jacob Oram: Can he able to adjust to Indian conditions?
5. Shaun Pollock is a dangerous customer with both bat and ball.
6. Shahid Afridi: If he maintains consistency.
7. Irfan Pathan may surprise us with batting.

I have picked some players although there are others who can compete for this coveted trophy.