They are brothers with bats and balls. They are playing for different teams. There is a huge difference in their auction prices. But these brothers are outstanding for their teams in IPL T20 tournament. All of them won at least one man of the match award. Yusuf Pathan is the cheapest cricketer among them but beat all expectations and is now indispensable player for Rajasthan Royals.

B. Yusuf Pathan (Rajasthan Royals): Along with Shane Watson, he will command huge price in the 2009 IPL auction. He always gave rousing start to Jaipur batting with sensational stroke play. He took crucial wickets in the middle overs especially against Hyderabad. 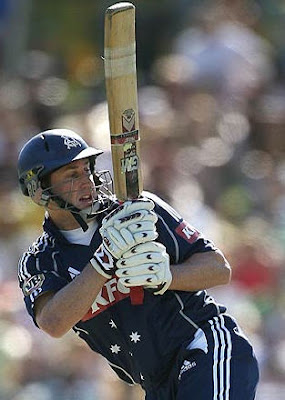 A. Michael Hussy (Chennai Superkings): He played just 3 matches but who will forget his match winning knock against Punjab Kings eleven. We really missed him.

B. David Hussey (Kolkata Knight Riders): Most consistent player in the IPL along with Rohit Sharma. He is the force and wall in the weak batting lineup. Everyone surprised when got huge price than his illustrated brother and Ricky Ponting in the IPL auction. I think they got answers.

My dream: Punjab and Rajasthan reach finals of the Indian Premier League. First ball will be bowled by Irfan Pathan to Yusuf Pathan. What a climax.

A. Irfan Pathan (Punjab Kings Eleven): He already took 13 wickets and leading bowler for purple cap. He is also chipping with bat.