First match of the IPL tournament will be held on April 18 and the final of the Indian Premier League will be on June 1st. There are total 59 matches over 44 days among the eight franchisees. 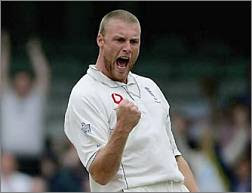 England all-rounder Andrew Flintoff announced that he is curiously following the IPL and may play in this tourney in future if he finds it an interesting one. It is a serious blow to county cricket if a star cricketer like Andrew Flintoff joins Indian Premier League.
IPL News: Shahrukh is for Shoaib Akthar:
Kolkata IPL franchise owner Shahrukh Khan is trying to remove ban on Pakistan fast bowler Shoaib Akthar who was banned by PCB for indiscipline.

Indian Premier League franchisees are not promoting IPL tourney as aggressively as I expected from them. They are just behaving like business men but not as passionate sports lovers. If they are not passionate enough, IPL will become a big failure story.

Please share your opinion on the lack of passion by IPL team owners.