Ganguly surprised everyone by opting to bat after winning the toss. But he was right at the end partially due to Hyderabad’s poor bowling and fielding. 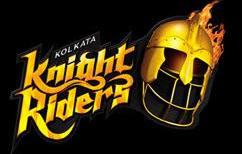 Man of the match: 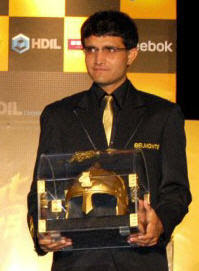 Sourav Ganguly who scored 91 runs in just 57 balls with 11 fours and 5 sixers. This is one of the best innings in the recent IPL matches. He missed well deserved century. Ganguly also took two vital wickets by giving just 24 runs in his 4 overs.

Verdict: Gregg Chappell is a brilliant talent spotter. He believed in Dhoni leadership and abilities of Suresh Raina and Venugopal Rao. He criticised “seniors” politics. Now he is in Rajasthan management team.

Highlights of the match:

1. Sourav Ganguly played his best innings in the recent days. Except Vijay Kumar and Venugopala Rao, he destroyed all the bowlers with 4’s and 6’s.

2. I can’t understand why Kolkata picked Akash Chopra. Be innovative man. Send a batsman like Saha to utilise power play.

3. David Hussey is one of the top 3 batsmen in IPL 2008. The way he plays according to the situation and the way be built his innings is a lesson for every aspiring cricketer. He scored 57 runs in just 29 balls.

4. Vaas and RP Singh bowled without line and length. David Hussey and Sourav Ganguly exposed them. When other Indian fast bowlers bowling beautifully in this tournament, RP Singh disappointed with his worst performance in IPL. Do you that he played vital role in India’s Twenty20 world cup win? RP Singh gave 59 runs in his 4 overs in this match!!

5. Poor captaincy from Gilchrist. He once failed to utilise the full quota of his best bowler, Vijay Kumar as he did in previous matches.

6. I have not seen such a pathetic fielding in IPL T20 matches. These Hyderabad players have neither desire nor will to win the matches.

7. Congrats to Venugopala Rao for bowling superbly in this high scoring match (24 runs in 4 overs).

1. Except Venugopala Rao and Rohit Sharma, none of the Hyderabad batsmen showed willingness and application to chase the Kolkata total.

2. There is no place for bits and pieces players like Scott Styris in Twenty20 cricket. He is neither an ideal T20 batsman nor a good bowler. Shahid Afridi is at least a better bowler than him. But Hyderabad dropped him.

3. Venugopala Rao showed his all-round brilliance in this match.

Verdict: We should not expect wins from a team which lacks desire to win. My request to Hyderabad franchisee owners (Deccan Chronicle) is please sell your team to someone who has real passion for cricket. I am also requesting IPL authorities to conduct fitness tests before auctions especially to icons and other aged players. IPL needs a passionate team like Kolkata Knight Riders in semi-finals. I hope they will reach it.